Even during these uncertain times fueled by the COVID-19 pandemic, we continue to address our clients’ needs. Our office remains open. In office appointments, as well as video conferencing, live stream and telephone are available. Be well and be safe.
Tony Hsieh estate Archives - Nirenstein, Horowitz & Associates P.C.
Home » Tony Hsieh estate 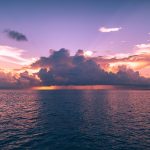 Tony Hsieh was staying in a house that was owned by a friend in New London when it caught fire on November 18. He suffered from smoke inhalation and burn injuries, and he passed away nine days later. He had a remarkable run as a businessman that started when he cofounded LinkExchange in 1996 when he was just 22 years of age. Two years later, the partners sold the business to Microsoft for the sum of $265 million. Hsieh used the capital to launch a startup funding firm called Venture Frogs. … END_OF_DOCUMENT_TOKEN_TO_BE_REPLACED