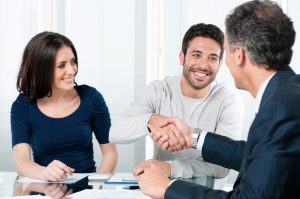 It doesn’t matter how hard you work or how wisely you invest the money you earn if you end up losing the assets you acquire before you are able to enjoy them during your “Golden Years” and/or pass them down to loved ones at the end of your life. Fortunately, there are a wide range of asset protection tools and strategies that can help protect your assets. One of those tools is an Domestic Asset Protection Trust, or DAPT. To help you learn more about a DAPT, a Hartford asset protection planning lawyer at Nirenstein, Horowitz & Associates, P.C. explains how to incorporate a Domestic Asset Protection Trust into your estate plan.

What Is a Domestic Asset Protection Trust?

A Domestic Asset Protection Trust (DAPT) is an irrevocable self-settled trust established under the special laws of one of the limited number of jurisdictions that allow the Settlor (also referred to as the Grantor or Trustor) to be designated a permissible beneficiary with access to the funds in the trust account.

A properly drafted and structured DAPT prevents creditors from reaching the trust’s assets. If a DAPT were set up under the laws of a non-DAPT jurisdiction, the general rule is that the Settlor’s creditors can access as much of the trust as can be distributed to the trust Settlor. In addition to providing asset protection, a DAPT offers other benefits, including state income tax savings when situated in a no-income-tax state.

Asset Transfers into a DAPT

Even in DAPT friendly jurisdictions such as Connecticut, assets transferred into the trust are not usually protected immediately. Each DAPT jurisdiction has a statute of limitations period that determines how long is necessary between the date of transfer to the DAPT and the date on which the transferred asset will be protected from the Settlor’s creditors. The number of years required before the assets are protected varies from state to state as well as distinguishing between preexisting creditors versus non-preexisting creditors. In fact, in many jurisdictions a preexisting creditor can still access assets in the trust indefinitely, meaning assets are only safe from creditors that develop a legal claim to the assets after they become trust assets.

Are DAPT Assets Protected from All Creditors?

No. All states except Nevada (as of 2019) have certain “exception creditor” statutes that allow certain classes of creditors to access the trust assets. For example, many states provide an exception for divorcing spouses or alimony claims. A number of states also have a statute that makes a child support creditor and/or a pre-existing tort claim creditor an exception creditor. In Connecticut, the following claims can reach assets held in a DAPT:

An allowable claim, however, is subject to a four year statute of limitations under Connecticut law.

For more information, please join us for an upcoming FREE seminar. If you have additional questions or concerns about how to include a DAPT in your estate plan, contact an experienced Hartford asset protection planning lawyer at Nirenstein, Horowitz & Associates, P.C. by calling (860) 548-1000 to schedule an appointment.