Even during these uncertain times fueled by the COVID-19 pandemic, we continue to address our clients’ needs. Our office remains open. In office appointments, as well as video conferencing, live stream and telephone are available. Be well and be safe.
Medicaid and Medicare: What's the Difference? | Connecticut Estate Planning Attorneys
Home » Incapacity Planning » Medicaid and Medicare: What’s the Difference? 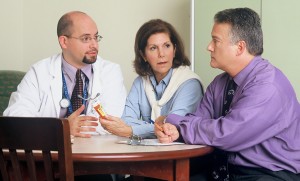 Medicare and Medicaid are both health insurance programs that are administered by the government. They have very similar sounding names, and some people assume that there is no difference between the two programs.

In fact, there are some considerable differences between Medicare and Medicaid. We will examine the distinctions in this paper.

Though there are limited exceptions, for the most part, Medicare is a program that is designed to provide health insurance for senior citizens. If you meet the eligibility requirements, you become eligible for Medicare coverage when you reach the age of 65.

Medicaid is not specifically designed to help senior citizens alone. It is potentially available to people of all ages. However, many senior citizens do seek Medicaid eligibility eventually. We will get to that subject in a later section.

When you pay taxes on your earnings, part of what you pay goes toward future Medicare coverage. You earn Medicare eligibility through the accumulation of retirement credits. In 2016, you earn one credit for every $1260 that you earn. It is possible to accumulate as many as four credits per year.

Once you have a total of 40 credits, you will qualify for Medicare when you celebrate your 65th birthday.

Medicaid eligibility has nothing to do with the accumulation of retirement credits or tax contributions. Medicaid is a program that is in place to provide a health insurance safety net for people who have significant financial need.

If your income and assets do not exceed the limits that have been imposed by the program, you could potentially qualify for Medicaid coverage.

There is a very huge difference between Medicare and Medicaid that everyone should understand. Medicare will not pay for long-term care.

If you ultimately need assistance with your activities of daily living, whether it is in your home or in a nursing home or assisted living community, Medicare won’t help with the bills.

This is a very significant gap, because nursing homes and assisted living communities are very expensive. In-home caregivers are also quite costly. We practice law in the state of Connecticut. The median annual charge for a private room in a nursing home in our state is just under $159,000 according to Genworth Financial.

The average length of stay is over two years, and around10 percent of people in nursing homes remain in the facilities for at least five years.

The United States Department of Health and Human Services tells us that seven out of every 10 senior citizens will eventually need long-term care, so this is an expense that most people will face.

Though Medicare will not pay for long-term care, Medicaid will assist with these costs if you can obtain eligibility. This is the most profound difference between the two programs from an elder law perspective.

Since Medicaid is only available to people who can prove that they are financially needy, there is a limit on countable assets. This limit is $2000 for an individual, but your personal effects and your household items are not counted. When your eligibility status is being determined, one vehicle that is used as a primary form of transportation would not be  looked upon as a countable asset.

Medicaid will allow the applicant to have unlimited term life insurance. This is insurance with a death benefit but no cash value. Up to $1500 worth of whole life insurance is allowed, and the same amount can be retained for burial or cremation expenses.

One very significant asset that is not counted at first is your home if you are a homeowner, but there is a limit on equity. In the state of Connecticut, the home equity limit is $828,000 in 2016.

We say that your home is not counted at first because Medicaid is required to seek reimbursement from the estates of people who used Medicaid to pay for long-term care. If you were still in direct personal possession of your home at the time of your passing, a Medicaid lien could be placed on the property.

People often give countable assets to their loved ones so that they can qualify for Medicaid. However, you have to complete your gift giving at least five years before you apply for coverage. If you divest yourself of assets within this five year window, your eligibility for Medicaid coverage would be delayed.

We can help if you would like to start bracing yourself for potential long-term care costs. To schedule a consultation, give us a call at 860-548-1000 or send us a brief message through this page: Hartford, CT Elder Law Attorneys.