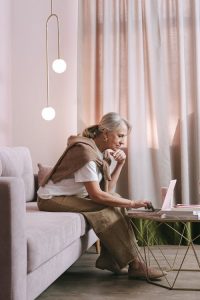 When you look back on your life, you invariably recognize the fact that you would act differently in some ways if you could consult with your future self. Indeed, it is said that experience is something that you get right after you need it.

How can you be prepared for a situation that you have never experienced before? In some cases, you can analyze statistics and gain an understanding of potential outcomes based on the experiences of others.

This definitely enters the picture when it comes to an eventuality of aging that far too many people ignore.

You have probably placed an emphasis on self-sufficiency throughout your life. No one wants to depend on others, and this is understandable, but desire can sometimes clash with reality.

The age of full Social Security eligibility is between 66 and 67 depending on the year of your birth. Once you reach this age, your life expectancy is into the mid-80s. If you put this into perspective, your expectations for the future should evolve.

A lot of people think that your active retirement years are the end of the rainbow, but in fact, the twilight years may present different challenges.

According to the United States Department of Health and Human Services, 52 percent of elders will require paid long-term care eventually. Over one third will reside in nursing homes.

Genworth Financial conducts surveys on an annual basis to keep track of the state of long-term care costs in the United States. They have found that the median charge for a private room in a nursing home in Connecticut in 2020 was nearly $168,000.

Some folks can get the help they need in their own homes from professional caregivers. The median annual charge for this type of assistance was $57,200 last year.

Approximately 13 percent of individuals that need custodial care require the assistance for more than five years, and 21 percent are in the two-to-five year range. The average length of stay in a nursing home is right around 12 months.

When you combine the statistics, you can see that there is a realistic chance that you will need paid care eventually, and it is very expensive. Medicare does not cover custodial care, so you have to look for another solution if you do not want to pay out-of-pocket.

Medicaid will cover long-term custodial care if you can gain eligibility, but there is a $1600 asset limit in Connecticut. In an effort to shape a financial profile that will lead to Medicaid eligibility, you could convey assets into a Medicaid trust.

This would be an irrevocable trust, and you would not be able to act as the trustee or access the principal. You would be able to receive income that is earned by the trust until you apply for Medicaid.

Timing is the key to the successful execution of the strategy, because there is a five-year look back period. You have to fund the trust at least five years before you apply for Medicaid coverage, and if you violate this rule, your eligibility is delayed.

The duration of the period of ineligibility will depend on the amount of the divestiture. For example, if you fund the trust with enough money to pay for 18 months of long-term care, your eligibility would be delayed by 18 months.

You found this site because you are interested in learning more about elder care and estate planning, and we have developed a resource to help you do just that.

We have prepared a worksheet that you can go through to gain a more complete understanding of the process. This is a free resource, and you can get your copy right now if you visit our worksheet page and follow the simple instructions.

If you have already learned enough to know that it is time for you to work with a Glastonbury, Connecticut estate planning lawyer to put a plan in place, we are here to help. You can send us a message to set up a consultation appointment, and we can be reached by phone at 860-548-1000.