Connecticut elder law attorneys work to help vulnerable seniors take advantage of benefits, enhance quality of life, and improve security. Unfortunately, many seniors struggle to afford the costs of living as they get older. One big issue in Connecticut for seniors is a problem finding affordable and safe housing. 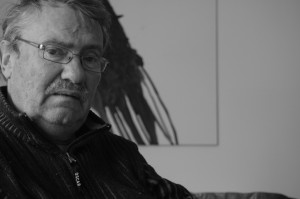 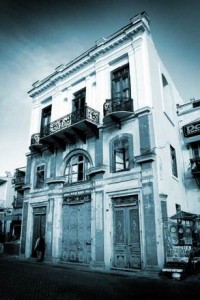 News 8 has reported on issues with senior housing in the state, publishing a troubling article called “How elderly housing policies fail Connecticut’s most vulnerable.” The article details problems in government-run senior housing. Far too many seniors are forced to live in subsidized apartments or homes due to financial hardship, and these environments may not be a safe space for them.

Nirenstein, Horowitz & Associates helps seniors to understand their options, and works with people of all ages to try to save enough in retirement funds so they can afford to live comfortably when they get older.

According to News 8, policies on elder housing have resulted in many seniors being forced to live in violent and unsafe spaces.

In the Housing Act of 1937, President Franklin D. Roosevelt established public housing as a part of the New Deal. Roosevelt included provisions in the Housing Act to provide public housing options for “elderly families,” which included “persons with disabilities.” Under these rules, which are still in effect to this day, a person can live in public housing for seniors if that person is over 62, and/or if that person has a disability that has been certified by the Social Security Administration.

This definition is causing some problems in Connecticut. The problems are a long-time coming. In the mid-1980’s, deinstitutionalization began to occur and mental hospitals started to be emptied. This resulted in many disabled people who needed affordable housing. Because those who were discharged often qualified as disabled by the Social Security Administration, elderly housing was one of a few places where they were able to live.

This has resulted in lots of younger disabled people living in elderly/disabled housing projects… and some of those disabled people may be violent or may lead lifestyles that are not compatible with the elderly people who are their neighbors.

One tenants association in a senior living community saw problems with the changing demographics of senior housing and sent a letter to legislatures warning them of growing problems. The letter was sent in 2012, but no lawmakers acted and no changes were made. In 2015, one of the seniors living in the housing community was attacked by one of the residents who was living in the community because psychiatric problems made him disabled. Even after the attack, attempts to get lawmakers interested in the problem failed and phone calls to legislatures were not returned.

Unfortunately, seniors who live in senior public housing usually have nowhere to go because of their limited incomes, which prevent them from paying for housing elsewhere. They are vulnerable and trapped in a situation that could be uncomfortable or violent as a result of the high costs of housing and the fact many seniors do not have enough money saved to retire comfortably.

Getting Help from A Connecticut Elder Law Attorney

Nirenstein, Horowitz & Associates can provide assistance in saving money for retirement so you do not have to worry about your options for housing when you get older. Our legal team assists you in making smart and informed choices about taking advantage of tax breaks for savings and protecting your assets so you can be more financially secure during your golden years. We also help you to take advantage of all benefits that could be available to you as a senior so you can try to find the safest living space possible.

To find out more about how a Connecticut elder law attorney can assist you with improving you quality of life and protecting your safety as a senior, give us a call at 860-548-1000 or contact us online today. You can also join us for a free seminar for more information on issues affecting seniors in Connecticut.