Even during these uncertain times fueled by the COVID-19 pandemic, we continue to address our clients’ needs. Our office remains open. In office appointments, as well as video conferencing, live stream and telephone are available. Be well and be safe.
How Expensive Is Long-Term Care? | Connecticut Estate Planning Attorneys
Home » Elder Law » How Expensive Is Long-Term Care? 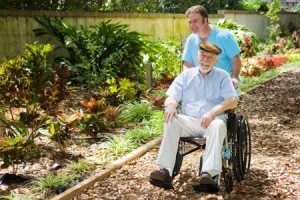 The most pressing elder law issue of the current era is the matter of long-term care. People are living longer lives, and as you reach an advanced age, it becomes more and more likely that you will need living assistance eventually. Perhaps surprisingly, 70 percent of people who have attained senior citizen status will eventually need help with their day-to-day needs.

You may assume that Medicare will pay for long-term care if you ever need it, but in reality, Medicare does not pay for custodial care. This is a serious matter, because long-term care is very expensive.

Genworth Financial has been researching the state of long-term care costs for the last few years, and the figures for 2015 have been released. Our firm is located in the state of Connecticut. According to the survey, in Connecticut, the median annual charge for a private room in a nursing home is a staggering $158,775 at the present time. A semi-private room is not going to provide much of a discount. The median annual charge for a semi-private room in a Connecticut nursing home is $146,000.

Using the data that they have compiled over the years, Genworth Financial estimates a 3 percent annual growth rate over the next five years. Clearly, the cost of nursing home care at the present time is attention-getting, but the figures could be much higher if you need long-term care in 20 or 30 years.

There is a solution that is embraced by many seniors who need long-term care in the form of Medicaid. This jointly administered state/federal government program does pay for long-term custodial care.

However, the program is only available to people who have very limited monetary resources. There is a $2000 limit on countable assets.

To qualify for Medicaid, you could give gifts to your loved ones before you apply for coverage. This could be accomplished through direct gift giving, but you could alternately convey assets into an irrevocable Medicaid trust.

If you need income, you could potentially create an income-only Medicaid trust. You could continue to receive distributions of the earnings from the trust, but the principal would not count against you for Medicaid eligibility purposes.

To implement the Medicaid spend down strategy, you have to act in advance. There is a five-year look-back. Your divestitures must be completed at least five years before you apply for Medicaid. If this five-year rule is violated, your eligibility for Medicaid will be denied until you wait out a penalty period.

If these figures have gotten your attention, we invite you to download our in-depth report on Medicaid planning. This report will answer many of your questions, and it is being offered free of charge right now.

To get your copy of the report, visit this page and follow the simple instructions: Hartford CT Medicaid Planning.