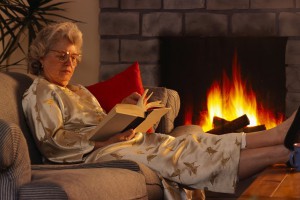 Medicaid planning may well enter the picture when you are making plans for the eventualities of aging.

When you hear the above statement, you may scratch her head at first. Medicaid is a health insurance program for people with virtually no financial resources. Why would you seek Medicaid coverage when you will retire with savings and income as a Medicare recipient?

The answer to this question is simple and straightforward. Medicaid planning may become important to you because Medicare will not pay for long-term care. On the other hand, Medicaid will pay for nursing home care.

Around 70 percent of seniors will someday need help with their day-to-day needs, so this is something that applies to the majority. Long-term care is very expensive, and for the average person, paying for an extended-stay out-of-pocket could be financially devastating.

To qualify for Medicaid, you must be able to meet the eligibility requirements with regard to countable assets. Many people who look ahead toward future Medicaid eligibility give resources to their family members.

However, you have to take action well in advance, because there is a five-year look-back. You are penalized if you give away assets within this period of time.

The penalty would force you pay for your care out-of-pocket for a prescribed interim. The duration of the penalty would be tied to the amount of the divestitures as they compare to the cost of nursing home care in Connecticut.

For example, if you gave away enough to pay for 20 months of nursing home care, your eligibility would be delayed by 20 months. You would wind up paying out-of-pocket for your care for these 20 months.

If you want to give assets to your children before you apply for Medicaid, you have to keep this five-year look-back in mind.

However, if a child has lived in your home to act as a caregiver for at least two years prior to your institutionalization, the five-year look-back would not apply. You could in fact give the child the home as a gift without being penalized.

More on the Home

Your home is not considered to be a countable asset by the Medicaid program, but there is an equity limit that stands at $828,000 in 2015 in the state of Connecticut.

You may see no reason to give your child your home if it does not count against you. However, you have to consider Medicaid recovery efforts. If you pass away while you are in direct personal possession of your home, it would be part of your estate, and Medicaid could seek to attach its value when reimbursement efforts are initiated.

Depending on the circumstances, you may want to consider gifting your home to your child, but this is something that you should discuss with a licensed elder law attorney.

We have prepared a free special report that takes an in-depth look at Medicaid planning. To get your copy of the report, visit this page and follow the simple instructions: Hartford CT Medicaid Planning.