Even during these uncertain times fueled by the COVID-19 pandemic, we continue to address our clients’ needs. Our office remains open. In office appointments, as well as video conferencing, live stream and telephone are available. Be well and be safe.
Opioids and Elder Abuse | Connecticut Estate Planning Attorneys
Home » Elder Law » Opioids and Elder Abuse 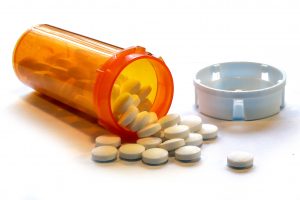 You undoubtedly know about the opioid crisis in the United States. You may also know that the population of older adults (age 65 and older) in the U.S. is increasing at a rate never before experienced in this country. What you may not know is that the two are related to each other. A recently published article by the University of Southern California Center on Elder Mistreatment explains the correlation between the growth of the senior population and the opioid crisis in the U.S. The Westport elder law attorneys at Nirenstein, Horowitz & Associates, P.C. urge you to be vigilant with elderly loved ones who might be at risk for becoming a victim of elder abuse caused by the opioid crisis.

The news makes it clear that the opioid crisis in America impacts everyone; however, few people actually consider how the crisis impacts the older population. As it turns out, seniors are often victims in the war on drugs. One reason is that, as a group, older adults often have multiple chronic conditions and endure high rates of chronic pain. Consequently, opioids and other strong prescription pain medications are frequently the treatment of choice for these individuals. Seniors are every bit as much at risk for becoming dependent or addicted to their pain medication and/or suffering negative side effects.

The opioid crisis has also harmed older adults through the addiction of their children, grandchildren, and others who rely on them for money, child care, food, shelter, and the like. Directly or inadvertently, older adults may be stripped of their resources and quality of life because of the struggles of those around them—and may be highly susceptible to elder abuse.

In late 2017, researchers from Virginia Tech (Pamela B. Teaster and Karen A. Roberto) and the Elder Justice Coalition (Brian W. Lindberg and Robert Blancato) conducted 4 one-hour focus group interviews with 20 selected representatives from involved stakeholders in four states and counties where deaths from opioids were the highest (Kentucky, Ohio, Virginia, West Virginia). The goal of the project was to investigate whether the relationship between increasing high rates of opioid use and elder abuse was a real problem “on the ground,” its scope, and available data. The conclusion of the focus group was that the problem is escalating in scope and severity. Moreover, the focus group concluded that elder financial exploitation was the predominant form of abuse, a conclusion that mirrors studies nationwide.

One example offered was that of a grandson who had a heroin addiction and went to live with his elderly grandfather.  The grandfather had a diagnosis of dementia, and the grandson exploited the grandfather for $85,000 to support his heroin addiction. The grandson was taking money out of the grandfather’s debit card, writing checks to his friends, and opening credit cards in his grandfather’s name–all in an effort to support his addiction. Sadly, this story is far from unusual.  Participants also indicated that when desperate perpetrators had gone through the money, the drugs, or both, older adults were psychologically and physically abused.  Their abusers isolated the older adults in their own homes so that they could not reach out to others to help them. The problem is not limited to seniors living at home though. On the contrary, older adults are being exploited in hospice and nursing homes as well.

Overall, the focus group participants strongly believed that the opioid crisis is directly contributing to elder abuse.  Across the four groups, participants:

If you have an elderly loved one who you believe may be at risk for financial exploitation, or who you suspect may be the victim of any type of elder abuse, it is imperative that you act on your beliefs/suspicions. When it comes to elder abuse, the old adage “better safe than sorry” applies. Consult with an experienced elder law attorney about your legal options which may include pursuing criminal charges and/or initiating a civil lawsuit.

For more information, please download our FREE estate planning worksheet. If you have additional questions about elder abuse, or you wish to discuss your legal options because you believe a loved one is the victim of elder abuse, contact the experienced Westport elder law attorneys at Nirenstein, Horowitz & Associates, P.C. by calling (860) 548-1000 to schedule an appointment.