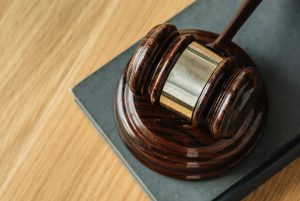 The vast majority of people do not have estate plans in place, and strangely enough, this includes people that are between 35 and 55 years of age.

Most of the same folks have financial plans and they would tell you that their families are more important to them than anything. At the same time, they do nothing to prepare for their twilight years with an eye on the legacies that they will be leaving to their loved ones.

And of course, when it comes to protecting your family, people pass away at all ages each and every day. You can look no further than the Kobe Bryant tragedy to find a very poignant example, and these things are everyday occurrences that we usually do not hear about.

The point is, as soon as you have other people relying on you, estate planning is an absolute must. If you do not put a plan in place, the state would be forced to make your decisions for you.

If you were to die intestate or without any type of estate plan, the probate court would supervise the estate administration process. A personal representative would be appointed to act as the administrator, and the person that is chosen may not be the individual that you would have selected.

As a case in point, when the football star Steve McNair was killed, he did not have a valid will with his signature. His wife was appointed by the court to act as the personal representative, and this makes sense on the surface, but they had a strained relationship.

He was very good to his mother, but his wife made decisions that negatively impacted McNair’s mother. When you read about the situation, it’s pretty clear that her actions were not consistent with his wishes.

The personal representative factor is just one of the problems with intestacy.

Final debts would be paid while the estate is being probated, and if there are disputes, the court would hear arguments from all interested parties. Ultimately, the personal representative would identify and inventory the assets and prepare them for distribution to the heirs.

The intestate succession rules of the state of Connecticut would be used to determine who gets what as it were, and this is not always a good thing.

Let’s assume that you have been married to your high school sweetheart for decades, and your mother is still living. She remarried after your father passed away, and you do not have a good relationship with her wealthy husband.

There would also be an equal split between your spouse and your children after your spouse inherits the first $100,000. Many people would want their spouse to inherit everything and allow them to make their own estate planning decisions.

These are a couple of examples, but suffice to say that it is very possible that your own true wishes would not be carried out if you die intestate.

One of the reasons why a lot of people are frozen with inaction is because they simply do not know where to begin. This is understandable to some extent, but when you step back and look at it objectively, help is just a phone call away.

We would be more than glad to sit down with you, gain an understanding of your situation, and make the appropriate recommendations. If you decide to proceed, we can create a tailor-made estate plan that is perfect for you and your family.

You can send us a message to request a consultation appointment, and we can be reached by phone at 860-548-1000.