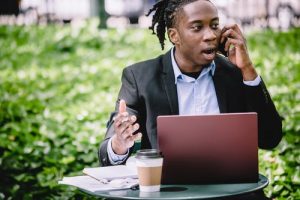 When you plan your estate on your own without any legal counsel, mistakes can be made that lead to problems later on. This is demonstrated by a court battle that was waged in Pennsylvania last year.

The person at the center of this imbroglio is a woman named Mercedes Goosley. She downloaded a durable power of attorney form on the internet because she wanted to give her son, Joseph, the right to act on her behalf. Goosley was in her 80s at the time.

This is in 2013, and in 2015, she moved in with Joseph. By 2017, she required a level of care that could no longer be provided in Joseph’s home, and she entered a nursing facility.

At that time, Joseph decided to put her house on the market since she would not be returning to it. This doesn’t sound like an unusual plan, but there was a complication because Joseph’s brother William was living in the home.

A durable power of attorney goes into effect as soon as it is executed, and it will remain in effect if the grantor becomes incapacitated. This is the type of power of attorney that Mercedes thought she was signing, but she made a mistake.

There is also a springing durable power of attorney that will only go into effect if the grantor is deemed incapacitated by a court. This is the device that she actually signed, and William contended that Joseph did not have the right to sell the house because he did not have the power.

Ultimately, the court found that Mercedes wanted Joseph to have the power immediately, and she made an honest mistake. They ruled in Joseph’s favor.

This family feud that spilled over into the courts could have been avoided if Mercedes would have worked with an attorney to develop a proper incapacity plan.

Interestingly enough, when Consumer Reports conducted a study to determine the efficacy of do-it-yourself estate planning, they engaged three legal professors to weigh in. They examined last wills that were created using boilerplate documents that were purchased online.

The professors found that unintended negative consequences can come about if you use do-it-yourself estate planning tools as a layperson. This Goosley case is a perfect demonstration of the type of situation they were trying to warn people about.

In addition to this part of the equation, you have options when you are planning your estate. A lot of people reduce estate planning to the execution of a simple will, but this is a misguided notion.

There are limitations when you use a will, and the administration process is not as simple as it may appear to be on the surface. With regard to the limiting nature of a will, you would be providing lump sum inheritances if you use this asset transfer method.

This can be disconcerting if you are going to be leaving an inheritance to someone that is not good with money. With regard to administration, a will is admitted to probate. This is a costly and time-consuming legal process that takes place under the supervision of a court.

If you use a living trust instead of a will, these limitations and procedural difficulties vanish. You would act as the trustee while you are living, so you would maintain access to the assets every step of the way.

The administration process would not be subject to probate, so it would be simplified and streamlined. When it comes to the nature of the distributions, you can instruct the trustee to distribute assets in any way that you choose.

For example, you can set a particular dollar amount each month for a certain number of years until the beneficiary reaches a particular age. A living trust is the device that is ideal for the widest range of people, but there are other possibilities.

When you work with our firm to put a plan in place, we will make sure that you understand all your options so you can make informed decisions. At the end of the process, you will emerge with a custom crafted plan that is ideal for you and your family.

If you are ready to get started, you can schedule a consultation at our estate planning offices in Glastonbury or Westport, CT if you call us at 860-548-1000. There is also a contact form on this site you can use if you would prefer to send us a message.