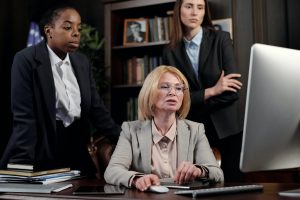 If your estate is very valuable, you have to be concerned about estate taxes. We are going to take a look at tax efficiency strategies, but first, we will explain the parameters so you know what you are up against.

The estate tax was repealed for 2010 due to provisions contained in the Bush era tax cuts. In 2011, a new piece of tax legislation went into effect that set the estate tax exclusion at $5 million.

That figure adjusted for inflation was retained through the 2017 calendar year. Toward the end of that year, the Tax Cuts and Jobs Act was enacted, and it raised the exclusion to $11.18 million.

There have been inflation adjustment since then, and the figure this year is $11.58 million. The maximum rate of the tax is 40 percent. It should be noted that these parameters could be changed again due to legislative mandate, but these figures are accurate at the time of this writing.

When the estate tax was first enacted in 1916, there was no gift tax, so people used to give gifts to avoid the death tax. A gift tax was put into place in 1924, but it was repealed two years later.

In 1932, the gift tax was reenacted, and it was unified with the estate tax during the 1970s. As a result of the unification, the $11.58 million exclusion applies to lifetime gifts along with postmortem asset transfers.

There are some states in the union that have state-level estate taxes, and Connecticut is one of them.  The Connecticut estate tax exclusion this year is $5.1 million, and there is a graduated rate that starts at 7.8 percent and maxes out at 12 percent.

Out of 50 states in our country, there is just one state that has a state-level gift tax, and Connecticut is that state. It has the same $5.1 million exclusion, so you cannot give gifts to sidestep the Connecticut death tax.

On the federal level, in addition to the unified exclusion, there is also a $15,000 per person, per year gift tax exemption. You can give this amount to any number of gift recipients each year totaling any amount of money free of the gift tax.

This exception can be used to reduce the value of your estate for tax purposes while you are transferring resources in a tax-free manner.

For someone that is in this financial stratosphere, $15,000 may not sound like a lot of money. However, this is allotted to each individual taxpayer, so a married couple could give $30,000 to an unlimited number of people on an annual basis.

Let’s say that you have three married children. You could give $30,000 to each partner which would equal a total of $180,000 every year. If you do this over an extended period of time, it would have a reasonably significant impact.

Aside from this simple and straightforward strategy, people that want to mitigate their estate tax exposure typically utilize irrevocable trusts. These would include charitable lead trusts, generation-skipping trusts, grantor retained annuity trusts, and qualified personal residence trusts. We will provide detailed explanations about each of these trusts in future posts.

A family limited partnership is another legal structure that can be part of an estate tax efficiency plan. Once again, we will delve into the specifics at another time.

We Are Here to Help!

There are many different estate planning approaches that can be taken depending on the circumstances. Personalized attention is the key to a properly constructed estate plan, and this is exactly what you will receive when you choose our firm.

If you are ready to set up a consultation, we can be reached by phone at 860-548-1000. There is also a contact form on this site you can use to send us a message.