Even during these uncertain times fueled by the COVID-19 pandemic, we continue to address our clients’ needs. Our office remains open. In office appointments, as well as video conferencing, live stream and telephone are available. Be well and be safe.
Is a Handwritten Will Valid? | Connecticut Estate Planning Attorneys
Home » Estate Planning » Is a Handwritten Will Valid? 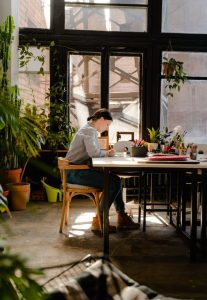 Most people do not have estate plans in place, and there are those that decide to take the matter into their own hands at some point. They will literally get out a pen and paper and record their final wishes, and they assume that the document will be valid.

It is important to understand the fact that you should not ask someone that is named as an inheritor to act as a witness. Under these circumstances, they could potentially forfeit their inheritance.

A will can be valid even if it is not notarized, but notarization is quite useful from an efficiency standpoint.

If you use a will, it would be admitted to probate, and the court would supervise during the administration process.

There is a “proving of the will” during probate. The court will contact the witnesses to confirm the validity of the document. If you get it notarized, it would become a self-proving will, and this outreach would not be necessary.

As long as you follow the steps correctly, the will would be valid, even if it was written by hand. However, if it is not witnessed, it would be a holographic will, and these wills are not recognized in the state of Connecticut.

They are legal in about half of the states in the union. If someone creates a holographic will in one of the states that recognizes them, and they die in Connecticut, the will would be legally valid.

This is not universally applicable in all states that do not recognize holographic wills, but this is the way that it works in Connecticut.

Thomas Kinkade was a very successful painter that passed away in 2012 at the age of 54. Kinkade did some heavy drinking after ingesting diazepam, which is the generic name for Valium, and he died of acute intoxication.

He was a very wealthy man, and he was married at the time of his passing. However, his wife, Nanette, had filed for divorce a couple of years prior to his death, and they were living separately.

Kinkade had a live-in girlfriend named Amy Pinto-Walsh, and they had been a couple for 18 months prior to his untimely death. Apparently, Nanette was not particularly fond of Pinto-Walsh because she was not admitted to the funeral, and Nanette filed a lawsuit against her.

Amy Pinto-Walsh countered with a surprising revelation. She presented two holographic wills that had allegedly been created and signed by Kinkade. In one of them, the self-proclaimed “Painter of Light” left Pinto-Walsh his home, an additional piece of property, and $10 million.

The second will was apparently constructed for clarification purposes with regard to the utilization of the $10 million. He still left her the real property, but the second will stated that the money was earmarked for the creation of a museum that would contain his works of art.

This would seem like a rather straightforward situation, and holographic wills are recognized in California where Thomas Kinkade lived.

However, the matter was complicated because the documents were hardly legible. It appeared as though Kinkade must have been very drunk when he drew up the wills.

From a legal perspective, you have to be of sound mind to create a legally binding will, but intoxication does not necessarily equate to incapacity.

A court battle never materialized because the two parties came together to try to work up a settlement. Ultimately, they did come to an agreement, but the terms were never released to the general public.

Don’t Take Matters into Your Own Hands

You probably don’t need anyone to tell you that you should not draw up a will when you are extremely impaired, but DIY estate planning is a bad idea in general. It may be easy enough to follow the requirements, but do you know what estate planning document you should use?

There are many ways to facilitate asset transfers, and you should understand your options so you can make informed decisions. Your estate plan should also address potential incapacity, and there may be tax considerations.

When you work with an attorney, you can be sure that you walk away with an ironclad plan that is custom crafted to suit your needs.

If you are ready to get started, we are here to help. You can schedule a consultation at our estate planning office in Westport or Glastonbury, CT if you give us a call at 860-548-1000.

There is also a contact form on this site you can use to send us a message, and if you reach out electronically, you will receive a prompt response.