Even during these uncertain times fueled by the COVID-19 pandemic, we continue to address our clients’ needs. Our office remains open. In office appointments, as well as video conferencing, live stream and telephone are available. Be well and be safe.
Am I Responsible for My Parent's Nursing Home Bills? | Connecticut Estate Planning Attorneys
Home » General » Am I Responsible for My Parent’s Nursing Home Bills? 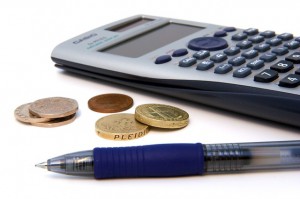 Nursing homes are very expensive, and the costs have been rising year after year. We practice law in the state of Connecticut, and nursing home costs in our state are actually higher than the national averages.

Medicare will certainly be of assistance in many ways, but the program does not pay for long-term care. Medicare will only pay for convalescent care after surgery for a period of up to 100 days. It will not pay for custodial care, which is the type of care that you would receive in a nursing home.

Medicaid is a government program that will pay for long-term care. A very significant percentage of senior citizens ultimately rely on Medicaid, even though it is a need-based program. People typically spend or give away assets prior to applying for Medicaid coverage. This is called a Medicaid spend down.

You do have to plan ahead well in advance if you want to engage in a Medicaid spend down, because there is a five-year look-back period. If you give away assets within five years of applying for coverage, your application will be denied and your eligibility will be delayed.

If you are a responsible party who is checking your parent into a nursing home, you are probably not going to be held responsible for the nursing home bills, but this is not necessarily a given. It all depends on the exact wording of the contract that you sign.

A Connecticut court found in favor of a nursing home a couple of years ago, because the daughter of a resident failed to file the necessary paperwork with Medicaid. The daughter was held responsible for the unpaid bills.

The Medicaid program could also seek recovery from the estate of a deceased person who was enrolled in the program. This is something to take into consideration when you are planning ahead for the future.

If you would like to develop a plan to address future nursing home costs, our firm can help. We offer free consultations to people in the greater Hartford area. To request an appointment, simply send us a message through our contact page.