A Medicaid lawyer at Nirenstein, Horowitz & Associates can help residents of Connecticut to take steps to ensure they can qualify for Medicaid if they experience a serious medical emergency. Unfortunately, Medicare and most other private insurers do not cover certain types of care, such as long-term care at home or nursing home care in an institutional setting, except in very limited circumstances. This means if you get badly sick or hurt and you need this type of care, you could face a substantial risk of losing your assets unless you have a Medicaid plan in place to get means-tested Medicaid benefits to cover the care you need. 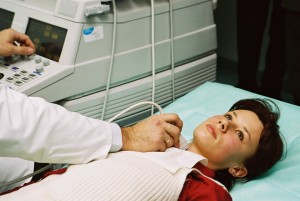 Everyone should plan ahead for what could happen if they experience a medical emergency such as a serious illness or injury, as you never know when something could happen to you. The bad news is, many people act as if they are invincible and never make plans in case the worst happens. Even more people may be falling into this trap now, as Hartford Business reports that fewer Connecticut residents indicate they are in poor health.

It is undeniably good if the population in the state of Connecticut feels as if they are healthier than in the past. However, tragedy can happen in a second, so don’t let today’s good fortune cause you to be unprepared for tomorrow’s disaster. Reach out to a Medicaid lawyer at Nirenstein, Horowitz & Associates today to put a plan in place in case something happens to you.

According to Hartford Business, a Supplemental Statewide Healthcare Facilities and Service plan was prepared by the state of Connecticut’s Department of Public Health. The Office of Healthcare Access took the lead in the preparation of this plan, which included an analysis of data from the U.S. census to gauge how Connecticut residents felt about the state of their health.

The Office of Healthcare Access indicated that the U.S. Census bureau data revealed a decline in the number of Connecticut residents who self-report that they are in poor health. Furthermore, the data also revealed that the state of Connecticut generally has a lower proportion of vulnerable populations compared with the United States as a whole. Unfortunately, this trend did not extend to elderly Connecticut residents, and Connecticut has a growing elderly population with a significant number of vulnerable seniors.

The plan that was created by the Office of Health Care Access not only revealed that fewer Connecticut residents described their health as poor, but it also included suggestions for improving the health of Connecticut residents even further. For example, the plan identified the need to address prevention and reduce health inequalities.

The plan also focused on the importance of improving access to primary care and of enhancing the coordination of care among different providers. This is especially important for vulnerable groups, like seniors, who may have difficulty advocating for themselves and who may have complex medical problems that require an interdisciplinary approach.

The Department of Public Health’s commission commented in response to the report that the growing elderly population in the state will be especially in need of enhanced cooperation between policymakers, public health officials, providers and hospitals to ensure their needs are being met. This can include, among other things, their need for affordable care when they suffer an illness or experience age-related infirmity.

Getting Help from a Medicaid Lawyer

Hopefully, you are one of the many residents of the state of Connecticut who feels that your health status is good. However, no matter how healthy you are currently, you cannot afford to put off making plans for the future. Contact a Medicaid lawyer at Nirenstein, Horowitz & Associates today to get your plans in place and to ensure that you are able to afford nursing home care and get the care and support you need in case of incapacity.

To find out more about how our legal team can help you with incapacity planning and with asset protection through the creation of a Medicaid plan, join us for a free seminar. You can also give us a call at 860-548-1000 or contact us online to talk with a compassionate and knowledgeable member of our legal team about making your personalized plan.