A Medicaid attorney can provide you with help getting coverage for your care through means-tested Medicaid benefits. It becomes very important for people who are getting older to make a plan to get nursing home care covered, and often this plan involves making sure to be able to qualify for Medicaid. Qualifying for Medicaid in order to pay for a nursing home is often the only option to get this care paid for, other than paying out of pocket, because Medicare and most private insurers only cover nursing home care on a very limited basis. 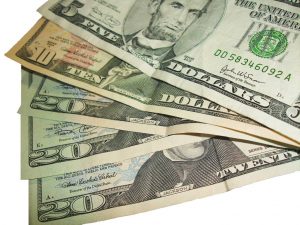 Nirenstein, Horowitz & Associates can assist you in understanding how Medicaid coverage could potentially benefit you and can help you to ensure that you have taken the necessary steps to get covered by Medicaid when you need care. You should give us a call.

While millions of people, including many seniors, rely on Medicaid, the program has been subject to cuts in recent years. In fact, according to the CT Mirror, many advocates were upset that Connecticut’s new budget did not restore cuts that had been made to the Medicaid program.

According to the CT Mirror, the General Assembly in Connecticut has voted for a series of cuts to Medicaid that make it harder to become covered by the program. The cuts aim to limit the number of people who sign up for HUSKY A. This is a specific type of Medicaid available to adults with dependent children or available to adults who are caring for an elderly family member or a disabled family member.

The first cut to HUSKY A came in 2015, when the General Assembly voted to restrict coverage by setting an eligibility cap lower. Previously, residents of Connecticut had been eligible for HUSKY A if they had an income of 201 percent of the federal poverty level. The 2015 change restricted eligibility to people who had incomes below 155 percent of the federal poverty level. At the time, this meant that an individual who made $19,000 a year or more would not be eligible for coverage. For a family of three, income capped out at $31,657 so any families of three who made more than this amount would no longer be covered.

Then, last year, the General Assembly again tightened eligibility by reducing the limit on how much you could make and still get covered. The new change limited coverage to people making 138 percent of the federal poverty level. This meant that for a family of three, Medicaid coverage would no longer be accessible once the family had $28,180 coming in.

However, others argue that many people who need coverage will lose it and will not have any other affordable options so may be left without access to important healthcare services.

Getting Help from a Medicaid Attorney

A Medicaid attorney at Nirenstein, Horowitz & Associates can provide you with assistance making sure that you are able to get Medicaid to cover the costs of your care. You don’t want to end up impoverishing yourself and become unable to leave a legacy for loved ones simply because you need to go into a nursing home.

And, you work too hard to acquire wealth just to see it all spent on nursing home care or long-term care at home. That’s why the Medicaid program is so important and why it is so essential to make certain that benefits will be available to you when you need them.

To find out more about how a compassionate and knowledgeable member of our legal team can help you with legal issues related to Medicaid, join us for a free seminar. You can also give us a call at 860-548-1000 or contact us online today.