Even during these uncertain times fueled by the COVID-19 pandemic, we continue to address our clients’ needs. Our office remains open. In office appointments, as well as video conferencing, live stream and telephone are available. Be well and be safe.
The Retirement Age Population is Growing | Connecticut Estate Planning Attorneys
Home » Uncategorized » The Retirement Age Population is Growing

Elder law attorneys at Nirenstein, Horowitz & Associates help seniors to address the issues that affect them as they get older. Because age brings an increased risk of illness and infirmity, many seniors face new challenges as they get older. Seniors may also need help maintaining social connections as their family and friends become sick or pass away. Because people are living longer than ever, seniors could also face financial difficulties due to high long-term healthcare costs and could experience additional money problems if their retirement savings runs out too quickly. 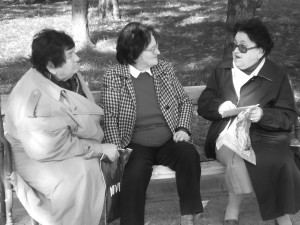 For all of these reasons, making public policy to provide for the needs of seniors can be challenging. And, providing for an elderly population is only going to become a bigger and more difficult issue to tackle since the population is rapidly aging. The CT Mirror indicates that new census estimates show the retirement-age population keeps growing, not just in the United States but also in Connecticut.

The aging of the population could bring many new challenges to the state, including a shortage of qualified caregivers for older people with health issues and an increase in problems like nursing home abuse as homes become more crowded and face continued staffing issues.

Seniors need to plan ahead to protect and provide for themselves, no matter what the state offers, and Nirenstein, Horowitz & Associates can provide guidance and advice to those who are getting older on how they can address the financial and legal issues that will affect them during their golden years. Contact our elder law attorneys today to find out more.

The Retirement Age Population is Growing in Connecticut

“The baby-boom generation is largely responsible for this trend,” Peter Borsella, a demographer in the U.S. Census Bureau Population Division, told the CT Mirror. “Baby boomers began turning 65 in 2011 and will continue to do so for many years to come.”

This has important implications for many public programs on the state and federal level. Social Security, for example, is already projected to have budget shortfalls in the coming decades. If more people are older and are drawing form it, and there are fewer younger people paying into the system, this could strain a program that is already facing financial trouble and could potentially necessitate either benefit cuts or reforms like raising the retirement age.

Medicaid also devotes a substantial portion of its budget to paying for senior services, such as long-term care in a nursing home. As the population ages and demand for nursing home care grows, Medicaid is going to spend even more of its dollars on people 65-and-over, which could also strain resources and force reforms.

The coming generation of seniors will need to prepare for benefits programs to potentially look different than they do now, and will need to ensure they have plans to provide for themselves during their golden years.

Getting Help from Elder Law Attorneys

For public policy purposes, you may be just another statistic and just another member of a rapidly aging population. But, Nirenstein, Horowitz & Associates understands that your needs are unique to you and that your goals for your future are your own. When we work with you to provide you with help making a financial plan, an end of life plan and a plan for your legacy, we listen carefully to your goals for yourself and your family and we help you to try to create the future that you deserve.

To find out more about how our elder law attorneys can help you with the issues that matter to you as you get older, join us for a free seminar. You can also give us a call at 860-548-1000 or contact us online to talk with elder law attorneys at our firm to learn about all of the services that we offer to Connecticut seniors and to people who want to plan ahead for their own golden years. Call today to find out more.