An elder law attorney at Nirenstein, Horowitz & Associates helps seniors to put plans in place to have the best possible quality of life. Often, this means taking advantage of community programs and supportive services to stay connected to others, remain independent for as long as possible, and stave off the mental and physical issues that can result from isolation. 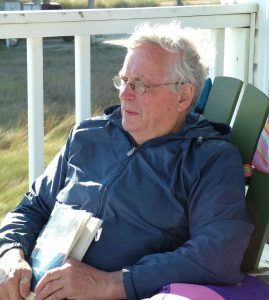 Staying connected to a community, and obtaining benefits from being a part of it, requires that there is a vibrant community to be connected to. Further, because elderly people often experience serious and costly issues as they age, states need many healthy young people to keep an economy going so that appropriate supportive services can be provided to the elderly.

Unfortunately, as a recent article in Bloomberg reports, many young people are now leaving Connecticut — which is leaving primarily older people behind.

Young People are Leaving Connecticut and The Population is Getting Older

There was an increase of close to 100,000 people who are 65 or older in Connecticut during the course of the past seven years, at the same time as the number of younger workers between the ages of 18 and 65 fell by 15,000. This data, from the U.S. Census Bureau, reveals that the state’s demographics are shifting sharply. Even though the rest of the country has seen a booming economy, Connecticut has seen a drain of talent to other states and there are far fewer young workers in the area. This has resulted in what Bloomberg has described as an “elevated old-age dependency rate.”

A big part of why young people are leaving is because job growth in Connecticut is not keeping pace with the average job growth nationwide. This is particularly true in larger metro areas of Connecticut. For example, in the Bridgeport-Stamford-Norwalk area of Connecticut, the labor market has been one of the worst in the entire United States since January of 2017 and since the Trump administration started. New Haven has also had a poor job market, and Hartford had the sixth worst job market, even though it is the largest metro area in Connecticut.  The rate of people working in Danbury and Waterbury also fell compared with January 2017, even though the economy is booming elsewhere.

This has serious consequences, as when there are too few young workers in a state to pay taxes, benefits and services may need to be cut. The aging senior population — whose need for support will only grow as they go older — will be one of the biggest demographic groups left in Connecticut and will be left to absorb the losses that come from the departure of many working age residents.

Getting Help from an Elder Law Attorney

While the population of Connecticut may be growing older, millions of people still live in the state — and seniors do have opportunities to take advantage of programs and services if they are made aware of them and take any necessary steps to get qualified.

Nirenstein, Horowitz & Associates can provide help to seniors in understanding all of the different benefits and programs open to them. We can also provide assistance to seniors in taking advantage of benefits with strict qualification processes, such as Medicaid benefits which may be one of the only available sources of nursing home care.

To find out more about how an elder law attorney at our firm can provide you with help and support, join us for a free seminar. You can also give us a call at 860-548-1000 or contact us online to  learn more about the ways in which our firm can help you to prepare for your future and enhance your quality of life as a senior.