Hartford nursing home planning is vitally important for seniors and for their families. Not all nursing homes are created equal and some can provide significantly better– or worse– care for vulnerable seniors. No elderly person deserves to be mistreated by caregivers, and the best way to make sure this does not happen is to do lots of research into a nursing home before deciding it is the right one. Nirenstein, Horowitz & Associates can help you to explore resources for research and can provide assistance in taking action pursuing claims if something goes wrong. 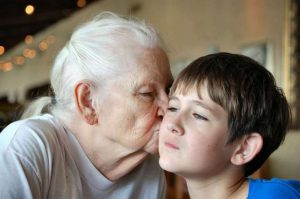 Just recently, CT Watchdog.com reported on problems in several Connecticut nursing homes. These problems were serious ones, which led to the nursing homes being fined for the substandard care that they had provided.

According to CT Watchdog.com, the recent fines against Connecticut nursing homes occurred after senior residents sustained serious injuries requiring surgery, as well as after a senior wandered away and after bones were broken.

The doctor had ordered that the nursing home resident be sent to the hospital because of a change in mental status; because the patient was hard to arouse; and because the patient was lethargic. The director, however, told nursing home staff to keep the resident at the home, according to a registered nurse on staff. While an ambulance call had been made, it was subsequently cancelled. Because of the delay in essential care, the resident ended up requiring emergency cranial surgery. Following the surgery, the patient had to be placed into hospice care.

Another incident at a different nursing home, Meadowbrook of Granby, arose after a nursing home resident fell out of bed and suffered a broken hip. A nurse aide had raised the patient’s bed to provide care, but had gone to the bathroom without first lowering the bed back down. The resident was hospitalized after the fall, and it was subsequently discovered that the resident had a broken hip. Surgery had to be performed in order to repair the hip.

In a third incident, a nursing home resident left Bridgeport Health Care Center and was found wandering down the road approximately 7/10 of a mile away from the nursing home facility. The patient was not returned to the home until about an hour after leaving the facility. The patient was able to leave because the home hadn’t followed its own policy of having a picture of residents who needed one-on-one care at the front desk.

Finally, the fourth incident also involved a fall that resulted in a broken thigh bone. The nurse who first found the patient did not immediately notify a doctor or the director of nursing services so it was a day later before the broken bone was diagnosed.

Getting Help from A Hartford Nursing Home Planning Lawyer

Nirenstein, Horowitz & Associates cares about seniors and we have helped many people to find a nursing home which meets their needs or the needs of their relatives. Let us help you to find the right solutions when a transition into nursing home care becomes necessary.