Even during these uncertain times fueled by the COVID-19 pandemic, we continue to address our clients’ needs. Our office remains open. In office appointments, as well as video conferencing, live stream and telephone are available. Be well and be safe.
Medicare Eligibility Age Reduction Is Possible | Connecticut Estate Planning Attorneys
Home » Elder Law » Medicare Eligibility Age Reduction Is Possible 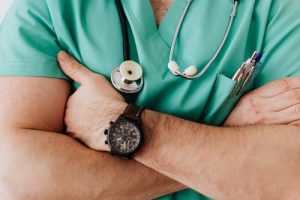 Elder law attorneys pay close attention when lawmakers talk about making changes that impact senior citizens. Medicare is an extremely important piece of the retirement planning puzzle, and any movement with regard to the guidelines is going to be big news.

We are hearing a lot of chatter about a reduction in the Medicare eligibility age, and we will take a look at the details here.

When you work and pay FICA or self-employment taxes, you get something in return of your contributions. In 2021, for every $1470 you earn, you are awarded one retirement credit, and you can accumulate a maximum of four per year.

After you have 40 credits, you will qualify for Medicare when you reach the age of eligibility.

We should point out the fact that a married person that did not accumulate the 40 credits can qualify on their spouse’s work record.

President Biden has asserted his support for a reduction in the Medicare eligibility age. He would like to see it go down to 60, and Senator Bernie Sanders is pushing for a plan that could reduce the age to 55.

In addition to the age reduction, Sanders has another idea. He wants Medicare coverage to expand to include dental, vision, and hearing care. It would be paid for by negotiating lower pharmaceutical drug prices for Medicare beneficiaries.

With regard to the prices, Americans pay considerably more for prescription drugs than people in other countries.

According to a study that was conducted by the RAND Corporation, prescription drug prices in the United States are 250 percent higher than they are 32 other countries. When it comes to name brand pharmaceuticals, Americans are forced to pay 3.44 times higher prices.

Given these statistics, it is fair to conclude that the government would have leverage if they were to enter into cost-cutting negotiations with pharmaceutical companies.

Once you reach your late 50s and early 60s, private health insurance premiums are quite expensive. According to a Kaiser Family Foundation study, a 60-year-old earning $51,000 a year can expect to pay over $4400 annually for a silver level ACA plan.

That’s a good chunk of change for many Americans, and there are those that simply cannot afford it. Stanford University put this subject under the microscope, and they found that many uninsured older people do not seek medical treatment because of financial concerns.

If you have been paying over $4000 annually for health insurance and you suddenly qualify for Medicare, a significant financial burden would be lifted. It can be life-changing for some people, and for others, it can carve out more financial freedom.

Plus, employers that are paying all or some of the premiums for older employees would benefit. On the other side of that coin, experts say that they may pay more for their private insurance plans, so it is not necessarily a net positive on that level.

The pharmaceutical and medical industries are likely to put up some serious resistance to this plan, and there are lawmakers that will stand with them. However, at the end of the day, politicians have to take public opinion into account if they want to keep their jobs.

Another Kaiser Family Foundation survey yielded interesting results. They say that Republicans and Democrats can’t agree on anything, but this matter would appear to be an exception.

Researchers found that 69 percent of Republicans are in favor of an age reduction, and 85 percent of Democrats shared that opinion.

We are here to help if you are ready to work with a Hartford, Connecticut elder law attorney to develop a plan for aging.

Each situation is unique, and there are different approaches that can be taken. Personalized attention is key, and this is what you will receive when you choose our firm.

You can send us a message to request a consultation appointment, and we can be reached by phone at 860-548-1000.