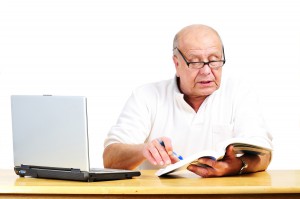 Long-term care costs are very high across the country, and they are particularly high in our home state of Connecticut. The average annual charge for a private room in a nursing home is well in excess of $100,000 in Connecticut at the present time.

Medicare will not pay for long-term care, but Medicaid will assist with custodial care expenses. Because Medicaid is a program that is only available to people who can demonstrate financial need, people who retired with some resources are not going to qualify for coverage.

There is an upper asset limit of $2000 for an individual in most states. However, we should point out the fact that many things that you own are not considered to be countable. Your home, up to $828,000 in equity in 2015, is not a countable asset for Medicaid purposes.You could also retain ownership of one vehicle, your wedding rings and heirloom jewelry, your household goods, and your personal effects.

However, in spite of this, most of the elders who are residing in nursing homes in the United States are enrolled in the Medicaid program.

Does the state take your assets so that you can qualify for Medicaid? The answer is no, the state would not absorb your resources if you apply for Medicaid as a person who is in possession of a reasonable store of assets.

If you have countable assets that exceed the state mandated maximum amount, your application for Medicaid coverage would be denied, but your assets would not be attached by the state.

You would be forced to pay for long-term care out-of-pocket until you could qualify for Medicaid.

We should point out the fact that Medicaid would seek recovery from your estate if you did qualify for Medicaid at some point in time.

People who want to qualify for Medicaid typically plan ahead in advance. This involves a Medicaid spend down. When you spend down, you spend or give away assets with future Medicaid eligibility in mind.

You have to act with foresight if you want to spend down, because there is a 60 month Medicaid look-back period. If Medicaid evaluators were to find that you have given away assets within five years of applying for coverage, your application would be denied.

The duration of the ineligibility period would be tied to the amount that you gave away as it compared to be cost of long-term care in Connecticut. For example, if you gave away enough pay for two years of nursing home care, your eligibility would be delayed by two years.

To learn more about Medicaid planning, download our special report. This report is free of charge, and you can access your copy through this page: Hartford CT Medicaid Planning.