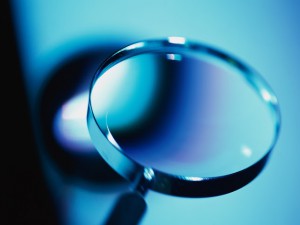 High net worth families may be in a position to make things easier on succeeding generations, but there is an impediment. The federal estate tax is looming, and with its 40 percent rate, it can certainly be felt if you are exposed.

You determine your level of exposure by comparing the value of your estate to the amount of the federal estate tax exclusion. At the end of 2010,  a legislative measure set the estate tax exclusion at $5 million for 2011, and it set the rate at 35 percent. The same rate was called for in 2012, but there was an inflation adjustment that brought the exclusion up to $5.12 million.

At the end of 2012 you may recall the so-called “fiscal cliff” situation. It was resolved through a compromise that became known as the American Taxpayer Relief Act of 2012. Provisions contained within this measure retained the federal estate tax exclusion, but there have been ongoing adjustments to account for inflation.

The act raised the top rate to 40 percent.

During the current calendar year, the federal estate tax exclusion is $5.43 million, and under currently existing laws, this figure could get a bit higher next year after another inflation adjustment is added.

Each year the White House releases a budget proposal for the following year. If you watched the recent State of the Union address, you heard a lot about the changes were going to be contained within the proposal for 2016.

The federal budget proposal that is floated by the White House is referred to as the blue book, and this gives you an indication of its size. It has been released, and it contains an expansion of the federal estate tax.

If this proposal was to be enacted, the federal estate tax exclusion would go down to just $3.5 million. This change would be implemented in 2017. The top rate would remain steady at 40 percent under the budget proposal.

When you consider the value of real estate in the greater Hartford area, if you are a reasonably successful property owner, you could be exposed to the federal estate tax even if you never considered yourself to be extraordinarily wealthy. This is especially true if the exclusion was to go down to just $3.5 million.

We should emphasize the fact that this is just a proposal, and the House and the Senate are unlikely to sign on to an expansion of the federal estate tax. However, this is a matter that you should pay attention to going forward, because an estate plan revision could be called for if you were to face exposure due to legislative changes.

We can help if you are concerned about wealth preservation. There are strategies that can be implemented to mitigate your exposure to taxation if the value of your estate exceeds the amount of the exclusion.

To schedule a free consultation, send us a message through our contact page: Hartford CT Estate Planning Attorneys.