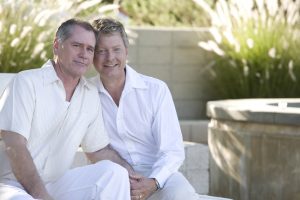 This year (2019), LGBTQ Pride Month marks its 50th anniversary in the United States. Along with celebrating the numerous legal and social advancements in the fight for equality, LGBTQ Pride Month is also an excellent time to make sure your loved ones are protected by reviewing and updating your estate plan. Until the day comes that members of the LGBTQ community attain complete and unmitigated legal equality, LGBTQ estate planning remains an invaluable method of ensuring that your wishes are honored and protecting loved ones.

Lesbian, Gay, Bisexual and Transgender Pride Month (LGBTQ Pride Month) is currently celebrated each year in the month of June to honor the 1969 Stonewall uprising in Greenwich Village. The Stonewall uprising was a tipping point for the Gay Liberation Movement in the United States. The first NYC Pride Rally took place one month after the Stonewall Riots, when 500 people gathered for a “Gay Power” demonstration in Washington Square Park, followed by a candlelight vigil in Sheridan Square. In the United States the last Sunday in June was initially celebrated as “Gay Pride Day,” but the actual day was flexible. In major cities across the nation, the “day” soon grew to encompass a month-long series of events. Today, celebrations include pride parades, picnics, parties, workshops, symposia and concerts, and LGBTQ Pride Month events attract millions of participants around the world. The New York Pride Parade is one of the largest and most well-known parades. Memorials are held during this month for those members of the community who have been lost to hate crimes or HIV/AIDS.

The purpose of the commemorative month is to recognize the impact that lesbian, gay, bisexual and transgender individuals have had on history locally, nationally, and internationally. Pride month is also an opportunity to peacefully protest and raise political awareness of current issues facing the community.

Since 2017, plans were formed by the State of New York to host the largest international LGBTQ pride celebration in 2019, known as Stonewall 50 / WorldPride, to commemorate the 50th anniversary of the Stonewall Riots. Expected to be the largest international LGBTQ pride celebration to date, the 2019 York Pride parade is scheduled to take place on Sunday, June 30, 2019.

After decades of fighting for equality, one of the most important LGBTQ battles was finally won in 2015. In the historic case of Obergefell v. Hodges, the Supreme Court of the United States finally declared that marriage was a fundamental right, requiring all states to allow same-sex couples to marry and recognize same-sex marriages from other states.

The need for a comprehensive and cohesive estate planning for LGBTQ couples, however, remains strong for several reasons. One of those is to ensure that your spouse/partner isn’t shut out of the decision-making process in the event of your incapacity or death if your family has not yet accepted your relationship. If they have not, a costly and divisive legal battle could occur, causing irreparable harm to everyone involved. By making it clear in your estate plan who you wish to inherit from your estate, who you wish to administer your estate, and who you wish to make decisions for you in the event someone must do so is the best way to avoid both the emotional and monetary cost of litigation. Furthermore, the ability to legally marry doesn’t always resolve issues related to your minor children. Your spouse may still need to adopt your children for the law to recognize your spouse’s rights to your children. Making it clear in your estate plan that you wish your spouse/partner to have rights to your children can also prevent problems in the event something happens to you.

Hopefully, the need for heightened vigilance by members of the LGBTQ community will not be necessary in the near future. Until that day comes though, LGBTQ estate planning can do for you what the law, and society, have yet to completely accomplish.

For more information, please join us for a FREE seminar. If you are a member of the LGBTQ community and would like to get started with an estate plan or update an existing estate plan during LGBTQ Pride Month, contact the experienced LGBTQ estate planning lawyers at Nirenstein, Horowitz & Associates, P.C. by calling (860) 548-1000 to schedule an appointment.