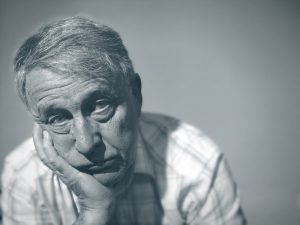 Some people choose to wait until after they are gone to pass down assets to children and other loved ones. Others, however, prefer to engage in lifetime gifting and pass down assets long before the end of their life. Lifetime gifting can actually provide some beneficial tax advantages as well as allowing you to observe your beneficiaries enjoyment of the assets you gift. Transferring assets can also result in unwanted consequences as well though, particularly if you later find yourself in a position where you need to qualify for Medicaid. The Hartford Medicaid planning attorneys at Nirenstein, Horowitz & Associates, P.C. explain why you need to be careful about transferring assets as a senior because it may impact your Medicaid eligibility.

The Cost of Long-Term Care

At the time you enter your “Golden Years” (age 65), you stand a 50 percent chance of needing long-term care (LTC) at some point before the end of your life. If you are married, keep in mind that your spouse faces the same odds as you. The longer you both live, the stronger the likelihood that one of you will eventually need LTC. If you are fortunate enough to still be here at age 85, your chances of needing LTC will have increased to 75 percent. Nationwide, the average cost of a room in LTC was almost $90,000 per year in 2018. LTC costs in Connecticut, however, are among the highest in the country with an average annual cost of just over $160,000. With the average time in LTC running about three years, your LTC bill could approach half a million dollars. Making matters worse is the fact that most health insurance plans will not cover LTC expenses nor will Medicare. Consequently, over half of all seniors currently in LTC rely on Medicaid to help with the high cost of that care.

Understandably, seniors who never before relied on Medicaid know very little about the eligibility guidelines for the program. To qualify for Medicaid benefits, you will need to meet Medicaid’s eligibility requirements for seniors, meaning you must meet the income and asset tests. The income limit is tied to the Federal Poverty Level and will change depending on which Medicaid category you apply under, your geographic location, and household size. The income limit is not where most seniors encounter a problem though. It is the extremely low asset limit that typically poses a problem for seniors who did not plan ahead. In most states, an individual applicant cannot own “countable resources” valued at over $2,000. A married couple faces an asset limit of just $3,000. Medicaid does exempt certain assets, such as your primary residence and a vehicle; however, many seniors have accumulated a retirement nest egg full of non-exempt assets that easily exceed the countable resources limit. If your assets exceed the limit, your application will be denied and you will have to “spend-down” your assets before applying again, meaning you will be expected to use those assets to cover your LTC expenses until the assets are gone.

If you are among the many people who enjoy gifting assets while you are alive instead of waiting until you are gone, those well-intentioned gifts could provide a problem if you end up needing to qualify for Medicaid. Because applicants were frequently engaging in last-minute assets transfers in order to qualify under Medicaid’s countable resources limit, Medicaid instituted a “look-back” period to prevent such transfers. If you apply for Medicaid, your finances will be subject to scrutiny for the 60 month period prior to the date of your application. Any asset transfers completed during that time period for less than fair market value could trigger waiting period. The length of the waiting period is calculated by dividing the value of your excess assets by the average monthly cost of LTC in your area. By way of illustration, imagine that you own assets that exceed the countable resources limit by $200,000. The average monthly cost of LTC in Hartford, Connecticut for 2018 is $13,840. Dividing $200,000 by $13,840 you get 14.45, meaning you would incur a 15 month (rounding up) waiting period before Medicaid would start helping you pay your LTC expenses. During the waiting period, you would be responsible for paying your LTC costs. It becomes easy to imagine how a healthy retirement nest egg could be depleted as a result of those asset transfers that triggered the waiting period. The key to protecting your assets and ensuring that you qualify for Medicaid if you need it is to incorporate Medicaid planning into your comprehensive estate plan long before you are likely to need long-term care.

To learn more, please join us for an upcoming FREE estate planning seminar. If you have additional questions or concerns about asset transfers or Medicaid planning, contact the experienced Hartford Medicaid planning lawyers at Nirenstein, Horowitz & Associates, P.C. by calling (860) 548-1000 to schedule an appointment.