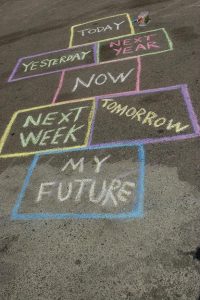 We all lost a legend recently with the passing of music icon Aretha Franklin, known to the world as the “Queen of Soul.”  With a career that spanned half a century and produced such unforgettable songs as “Respect,” “Chain of Fools,” and “Think,” Aretha’s legacy will not soon be forgotten. That legacy includes a fortune estimated to be worth more than $80 million; however, because Aretha died intestate (without a Last Will and Testament), exactly what will happen to that fortune remains unclear. Like many celebrities before her, Aretha Franklin’s death provides yet another estate planning lesson from which we can all learn.

The Queen of Soul’s Story

The Queen of Soul was surrounded by family and friends when she died on August 16th. So far, her family has banded together quickly; however, as we have seen before, that could change in the weeks, months, even years to come as the complex task of probating her estate gets underway, a task made more difficult, and potentially volatile, because of the absence of a Will.

On August 21, 2018, one of Aretha’s four sons, Kecalf Franklin, along with a Detroit-area attorney who worked with Aretha for more than 40 years, filed the paperwork to open probate with the Oakland County Probate Court.  Kecalf asked the court to appoint Aretha’s niece, Sabrina Garrett Owens, as the personal representative to administer the estate.  Aretha’s three other sons consented to the appointment, including Clarence whose consent was provided by his court-appointed guardian and conservator.

One of the key drawbacks to dying intestate, or without a will or trust, is that it makes the probate process much more difficult and prone to family fighting.  This is particularly the case when there are children from different relationships and marriages, who may not see eye-to-eye.  The fact that Aretha’s four sons could come together so quickly to appoint a trusted family member to act on behalf of the estate is a great sign that a family feud may not plague Aretha Franklin’s estate, as it has so many others.

In fact, the family met together, along with the attorney who filed the probate documents, on August 15th – the day before Aretha died.  This enabled the process to begin very smoothly and quickly, avoiding the necessity of a public court hearing.  Instead, the family was able to proceed with an informal application, meaning that it was processed without a court hearing or even review by the assigned Judge.  Informal proceedings can only happen in intestate cases under Michigan law if all of the interested persons agree to it.

Will the Heirs Stick Together?

While it appears that Aretha’s heirs are working together at this point, that could easily change at any point during the probate process. Moreover, a conflict could arise between the heirs and the personal representative, despite everyone agreeing to her appointment. Under Michigan law, all four of Aretha’s children are equal beneficiaries to the Estate.  But, they do not have an equal say on how the Estate is administered.  Instead, Aretha’s niece (Owens) now has all decision making power and a number of difficult decisions will have to be made in the near future.  How are Aretha’s many royalties to be managed?  What should be done about the expected numerous offers for sanctioned movies, documentaries, books and specials about Aretha’s life?  Should Aretha’s songs be used for commercials?  Should her image be licensed to sell products?

Additional issues will likely come up as well. How much will Aretha’s estate owe in federal gift and estate taxes? Without an estate plan, she clearly failed to take steps to avoid paying taxes. Her estate has to file an estate tax return though to allow the IRS to determine how much will be owed in estate taxes and there could be a major battle over how to value Aretha’s publicity rights. Furthermore, the value of her music, performances, and publicity rights could skyrocket as a result of her death if managed well.

Finally, because she failed to do any estate planning, Aretha’s heirs will receive their inheritance (whatever amount that ends up to be) in one lump sum – for better or for worse. If Aretha had created a trust, either a living trust or a testamentary trust through a will, then she could have determined when and under what conditions her sons would receive their inheritances. The personal representative does not have the right to delay distributions to protect a beneficiary who cannot handle funds so we can only hope they are capable of doing so. One of Aretha’s sons already has a conservator; however, the other three will be given their inheritance outright.

By failing to leave behind an estate plan, Aretha’s wishes about what happens to her assets do not matter, legally. Sadly, she also gave up the right to determine how her legacy is handled as well when she failed to create an estate plan prior to her death. That legacy is now in the hands of Sabrina Garrett Owens as the Executrix of the estate.

For more information, please download our FREE estate planning worksheet. If you have questions or concerns about your own estate plan, contact the experienced Connecticut estate planning attorneys at Nirenstein, Horowitz & Associates, P.C. by calling (860) 548-1000 to schedule an appointment.