Even during these uncertain times fueled by the COVID-19 pandemic, we continue to address our clients’ needs. Our office remains open. In office appointments, as well as video conferencing, live stream and telephone are available. Be well and be safe.
Could Medicaid Face Federal Budget Cuts? | Connecticut Estate Planning Attorneys
Home » Medicaid » Could Medicaid Face Federal Budget Cuts?

Glastonbury Medicaid lawyers help seniors to obtain Medicaid coverage so they can pay for nursing home care. Medicaid was first signed into law in 1965, and it covered more than 97 million people in 2015, according to The Motley Fool. Medicaid provides coverage for medical care for people with limited incomes. Under the Affordable Care Act expansion, Medicaid can provide coverage for care for families with incomes up to 133 percent of the federal poverty level, although not all states have accepted Medicaid’s expansion. 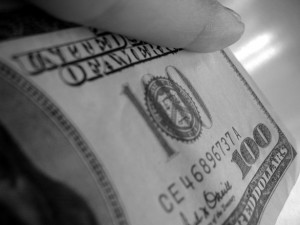 Medicaid not only covers general medical care for people with limited incomes, but it is also a primary payor of long-term care services within the United States. As the Motley Fool explains, approximately six million Medicaid beneficiaries are seniors, and Medicaid spends 30 percent of its total budget on long-term care expenditures including nursing home costs. If Medicaid cuts its budget, this could profoundly impact the amount of money available for long-term care and could affect health coverage for seniors throughout the United States.

Seniors will need to create comprehensive plans to ensure they can cover nursing home costs. This plan should include making sure you are able to protect your assets while still obtaining Medicaid benefits. Seniors should also talk with Glastonbury Medicaid lawyers to determine if any changes to Medicaid laws could affect their ability to obtain benefits. An experienced attorney at Nirenstein, Horowitz & Associates can keep clients up-to-date about laws that affect them and can help them to ensure they make smart choices about getting nursing home care costs covered within the current medical care system.

There is a substantial possibility that Medicaid could face budget cuts in the future. Congress is considering passing the American Health Care Act, which would make major changes to Medicaid.

The American Health Care Act was already passed by the U.S. House of Representatives. The law could pass with just 51 votes in the U.S. Senate if a budget reconciliation process is utilized. This means there is a substantial chance that this law could be passed and could end up being signed by President Donald Trump.

The American Health Care Act would change the rules for the manner in which Medicaid is funded. Among the changes that would be made is a change to the current method of funding, which involves the federal government paying the states based on what it actually costs to provide Medicaid coverage. When the federal government pays the states based on actual cost, federal spending on Medicaid expands as more people sign up for the program and federal spending on Medicaid expands as the costs of providing healthcare coverage rise.

The American Health Care Act would instead provide funding for Medicaid on a per capita basis. Funding would be determined by the number of enrollees, but would be calculated based on capped growth rates. There is no guarantee that the capped growth rates would keep pace with actual growth in Medicaid spending. Motley Fool indicates this change to Medicaid’s funding structure could result in a shift of $370 billion in costs to the states…. which may not be able to afford the additional cost. The result could be that states become less generous with Medicaid benefits or make it more difficult to qualify for Medicaid benefits so that less money is spent.

If this occurs, the federal cuts could result in changes to the Medicaid program that make it harder for seniors and other Medicaid recipients to get the care they require.

How Can Glastonbury Medicaid Lawyers Help?

Glastonbury Medicaid lawyers can provide comprehensive help with making a Medicaid plan so that seniors can make sure they are able to get Medicaid to pay for their nursing home care. Seniors can also work with an attorney to explore other options such as VA nursing home benefits for eligible veterans, so they will have plans in place to get care covered even if Medicaid does face budget cuts that could impact eligibility.

Having an experienced attorney who can keep seniors up-to-date on the benefits that they may be eligible for is vital, especially when changes to healthcare benefits are under consideration. You want to know what the current law is and make sure you are working within it to protect your assets and get your care expenses paid. Nirenstein, Horowitz & Associates can help. To find out more about the assistance that we can provide, join us for a free seminar. You can also give us a call at 860-548-1000 or contact us online to get personalized advice and help with your Medicaid planning process. Call today to get your plans started.