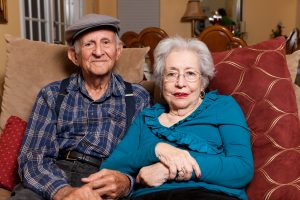 Although we all enjoy a much longer average life expectancy in the United States than our ancestors did a century ago, the natural aging process will catch up to us at some point. Physical and/or mental deterioration may, at some point, lead to the need for long-term care. That, in turn, may lead to the need to qualify for Medicaid to help pay for the high cost of long-term care. One of your concerns about turning to Medicaid for help may be the perceived impact relying on Medicaid will have on your spouse who plans to remain in the community. To alleviate those concerns, the Hartford Medicaid planning attorneys at Nirenstein, Horowitz & Associates, P.C. explain the Medicaid Community Spouse Resource Allowance.

Will You Need Long-Term Care?

Like most people, you likely hope to grow old in your own home without ever needing to enter a long-term care facility. Statistically speaking, however, you stand more than a 50 percent chance of needing long-term care (LTC) at some point after you reach retirement age (age 65). Those odds continue to increase the longer you live. At age 85, you will stand a 75 percent chance of needing LTC before the end of your life. Because the chance of needing LTC is very real, it only makes sense to plan for the possibility that you will need to pay for LTC at some point in the future.

The High Cost of LTC

Healthcare costs in general are extremely high in the United States. It should come as no real surprise then to find that the cost of LTC is also high. For the year 2018, the average cost of a year in LTC nationwide was about $100,000. Connecticut residents paid, on average, considerably higher than the national average at almost $165,000 for that same year.  With an average length of stay of about three years you are looking at a LTC bill of close to $500,000. Because neither Medicare nor most private health insurance policies will cover expenses related to LTC, many seniors faced with the need to pay for LTC turn to Medicaid for assistance.

To get help from Medicaid with your LTC expenses, you must first qualify for the program. The Medicaid eligibility guidelines impose both an income and a “countable resources” (assets) limit.  Typically, a couples’ income and assets are combined for the purpose of determining Medicaid eligibility. If a couple’s assets exceeded the program limit, those assets must be “spent-down” (sold or transferred) until their value drops below the limit. If the need to qualify springs from the fact that one spouse is in LTC, the spend-down requirement would clearly leave the other spouse (referred to as the “community spouse”) with no resources. Fortunately, the Medicaid “Spousal Impoverishment” rules protect a community spouse.

For more information, please join us for one of our upcoming FREE seminars. If you have additional questions or concerns regarding the Medicaid Community Spouse Resource Allowance in Connecticut contact the experienced Hartford Medicaid planning attorneys at Nirenstein, Horowitz & Associates, P.C. by calling (860) 548-1000 to schedule an appointment.